The Pythagorean "Y" shows the two paths in which man is led through life. The right hand track to sacred Virtue tends, Though steep and rough at first, in rest it ends; The other broad and smooth, but from its Crown On rocks the Traveler is tumbled down. He who to Virtue by harsh toils aspires, Subduing pains, worth and renown acquires; But who seeks slothful luxury, and flies, The labor of great acts, dishonored dies.” The above words are attributed to Virgil, but this may be incorrect. The straight portion at the bottom signifies the first, uncertain age, which at that point has been given over to neither vices nor virtues. The bifurcation at the top, however, begins at adolescence. The path to the right is difficult, but it tends toward a blessed life. The path to the left is easier, but it leads to ruin and destruction. As it is shown in Mythology the easiest path is not always the wisest. Thus Mythology Masters chose the Y to represent humanity and Mythology.

The Mythology Masters At Bridgett's School For The Magical Arts: 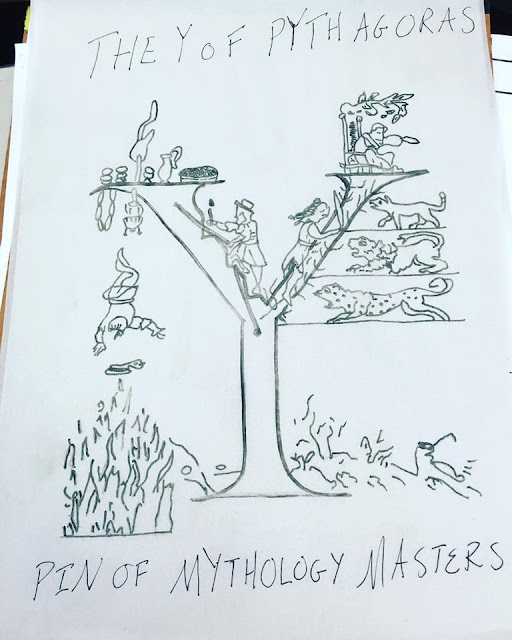