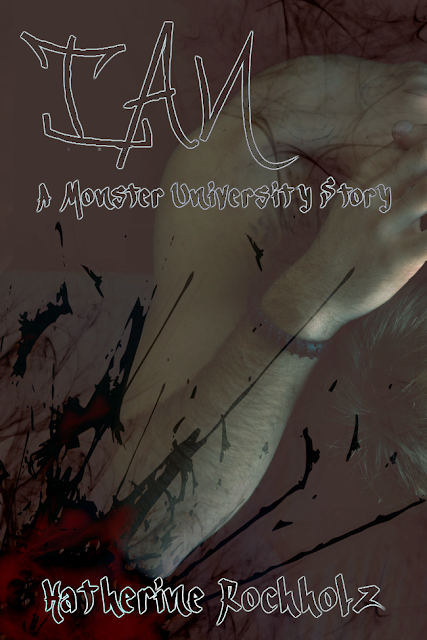 “I heard an interesting thing. That I have a grandson with the same immortality issue as myself. Maybe it is a blood line thing. After all I was a great blood thirsty warrior! And he is the basis of Stoker’s Dracula! He had my name. I hear he goes by Drake now. Well, instead of Vlad I go by Ian. I also hear he still feels guilt over drinking the blood of our food source. Well that won’t do. I will just have to find him. I mean Bo suggested this town for a reason. It seemed to be a Monster Paradise! Oh look at all the young impressionable bags of blood. I am a history professor now. History! Ha! I lived history! But oh so many tasty bags of blood running around. Time for Drake to learn the way of the Dracula blood line! After all guilt and a Dracula don’t go hand and hand. In fact I wonder if there is a curse upon Drake, he used to be as blood thirsty as myself! I may have to look into this farther. After all once a blood thirsty monster always a blood thirsty monster! And he should be evolving into an Incubus but is stuck as a vampire… Yes more research is needed.”

Ian smiled as his students came in. He smirked when he saw his grandson. Yes, his parties were nice, but a good hunt will get Drake’s blood flowing and get him to really accept his godhood he had been given! After all even before immortality they were Draculas! Gods among men! “Good Morning class!” Ian greeted. “Today we are going to go over the timeline we will be covering this semester and what is expected of you! So get your computers out or your notebooks and start paying attention! I don’t accept late work. You will have weekly assignments…” Ian went on outlining his grading policy and so forth. “And your teaching assistant for this class is Hal! If you need anything just go to him and he can help you!” Ian looked at the time. “Class dismissed.” He called. “Oh Drake would you stay a moment.”

Drake watched the man. He looked a lot like him. When he asked him to stay he waited. “Yes?”

“Well there is a few things. First I am your grandfather. Bo just found out and told me. I told him I would tell you. The second is I think a curse has been placed on you. After all you were a blood thirsty warrior before your godhood! So we will be checking on that. And lastly we are going for a true hunt. It will get your undead blood flowing and get you set up to start coming into your transformation!” Ian clapped his grandson on the shoulder. “Come one we will rock this town!”

“Curse? Why wouldn’t Frank or Cameron have figured that out? Lucas knows curses as well and we have pretty much been friends for the last few centuries.”

Drake nodded and gave him his arm. “When will you know?”

“Tomorrow night. It will work because that is when we are going to go hunting! Now if you excuse me I have a few ‘brides’ to take care of.” Ian laughed as he turned into a bat and flew out the window.

Drake shook his head but went off to his next class. “A grandfather…” He whispered. Family. He thought the guys would be his only family for so long. But lately everybody has been gaining a family. Sam got married. Frank found a daughter. Lucas might as well be the second father of that little girl, both are extremely protective of her and Cameron is the type to have nothing to do with her until she is eighteen. Drake shook his head with a chuckle at that thought. Frank would kill Cameron, if Lucas didn’t get to him first. He tried to focus on his classes but he found out he his grandfather had the same curse as he did. And answers would come tomorrow night.

Ian landed in his lab and put the blood into the potion simmering. It was one he used to check his blood for curses every so often. It would check his grandson’s as well. He then went over to his captives. They were under a thrall to please him as his ‘brides’, well at least until he grew tired of them and drained them. He smirked as they came to offer him wine and grapes as they joined him on his king size bed. “Time for some fun lovelies!” He stated as he bit down on the neck of one.

Ian stretched as he woke the next day. He went over to the potion and nodded. “Just as I thought. Well, nothing that cannot be fixed.” He stated with a smirk. “This should make the hunt very much a party tonight!” Ian looked over at his brides. He sighed. They were good, but so boring. He drained two of the three last night and the third was on death’s door. He had to turn her or kill her. He walked over and snapped the neck of them all. He picked up the phone.

“Ian! Well you see I have had to revamp the whole operation! I mean, they have had no business mindset whatsoever! But I have fixed it now!”

“Of course you have! That is why in Italian families the women run the family. Men can’t do shit. As a man I fully agree with that sentence.”

“Then why aren’t you settling down instead of dealing with these ‘brides?’”

“Not everybody can be as lucky as Bleu!” Ian laughed. “By the way three, Bleu and Tony should have the key.”

“Oh we have the keys. And a key system now! I swear I don’t know how these men took care of themselves for as long as they did. Did you need our services besides the three brides today?”

“No, the hunt I have already informed both Gus and Ewan. They will handle the bodies. Poor Drake was as cursed as I thought. But a few drainings of virgins will break that!”

Ella laughed. “Great! We will contact Ewan and Gus if they need any help. Have a great night Ian!”

Ian laughed as he hung up and after getting ready for the day smirked at his grandson as he came into his class. “Today class we are going to start a little game to learn about Stalin! It is the Stalin game and your objective is to over throw Stalin, AKA me. You must have 50 signatures of fellow classmates, none of them can be spies, and none of you can be placed in jail, the gulag or killed.” Ian showed the board with the different names and sections. “You will then turn it into the head of the History department for validation. If you overthrow me you get an A. If you don’t, your grade is based upon participation. Good luck!”

After class Drake came up to him. “Well?”

“Well it is the curse I thought. It is a curse given out by Van Helsing. I mean that man turned his own son into a monster, and then tried to kill him. But all you have to do to break it is to gorge yourself on the blood of ten virgins tonight. No biggie. We are going hunting after all.”

Drake swallowed but nodded. He wasn’t too pleased he had been cursed for as long as he had been. “Let’s break this!”

Ian laughed and clapped his grandson on the shoulder. “Let’s.”

They waited until night fall and being middle of the week they choose to hunt outside of the college town. Thankfully pure blood gave off a sweeter scent so they were able to easily find the ten sacrifices for Drake and Ian found himself a couple of ‘brides’ that would last him a few weeks. Drake dropped the body of the last one and felt a power flowing through him and he felt the curse breaking as a weight lifted off his mind. “Oh goddess that is power.” He stated.

Ian smirked. “Of course it is. Now off you go grandson. Hopefully that thing called a conscience won’t bother you again.”

Drake smirked. “I shall think not grandfather.” He stated as he turned on his heel and turned into a bat and left.

Ian smirked. “Come brides. We have a busy night ahead of us. After all my grandson is finally free.”

Posted by Katherine Rochholz at 5:13 AM