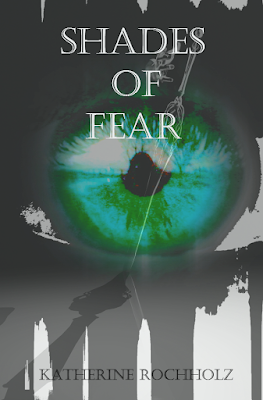 “Mom, I just killed a man, I shot him. I put a gun against the man’s head and pulled the trigger. I killed a man.” Nathaniel never, in a million years thought he would go sobbing to his adoptive mother stating he had just killed a man.
Sister Bridget Marie looked at her young son. “Explain please baby.”
Nathaniel looked at his mother and nodded. “I am a Nephilim. I know an angel is my biological father. One of the archangels trains us to combat the demons. There is this group Κυνηγοί της Δαίμονες or Kynigoí tis Daímones it is Greek for Hunters of Demons, and they trained us then set us out in the world.  I got my first mission to kill this man processed by a demon. The human already dead, but this demon was wearing him like a suit. Normally we use our swords that we are trained with; however, we do have blessed guns with bullets that are forged in holy oil and holy water. In the fight I dropped my sword and ended up using my gun. The smoke of black left the body and the body fell dead. I killed a man.”
Sister Bridget Marie looked at her little boy. “No, you freed him. Now, sleep and then you will tell me everything in the morning. Don’t worry my son, everything will be alright.” She kissed his head as her son lost his battle to stay awake.
The next morning he sat with his mom and Father Richard. He sipped the tea his mother made and looked at them both. “It all started when I went to that interview. Suddenly the world exploded in color and a man who was about six foot three came and grabbed me. He explained to me that I was a Nephilim, that my father was a warrior angel. He told me he was the Archangel Michael. I, of course, demanded proof. He unleashed his wings and after I checked to make sure they were real I asked a few questions. According to the General all Nephilims start coming into their powers around ages fifteen to sixteen, they all have a disability, color blindness to deafness to being mute, one of their senses is distorted. They take you away to this training facility where time runs different. That is why I was missing this last month. Then they send you out to destroy those processed by demons.” Nathaniel took a deep breath. “It is different when you are trained for it, than actually doing it. I killed that man. No matter what I ended that life. Yes, the man was destined for hell because of his sins, yes, he was processed by a demon and it freed him, but it was still a living being and I killed it.”
Sister Bridget Marie held her son close as Father Richard thought about it. “That actually makes a lot of sense.” Father Richard stated. “Think about it Sister. He always seemed to know the good from the bad, seemed to be able to heal quickly and his only defect so to say was he was color blind. It makes a lot of sense that he went missing where time runs different as he looks an adult now instead of the kid he was when he left for the interview that day. Why did your vision explode in the law office?”
“Agares, Flauros and Rimmon, is ran by demons. Higher level ones. They make sure the balance of evil is preserved on Earth. I guess it has to be balanced; too much of one over the other would lead to the world ending. That was the price of free will.”
“The number one defense law firm is ran by high level demons. That is… something.” Father Richard stated shocked.  “Wait! One of my friends works there!”
“Most likely a demon. Very few lawyers that work there are human. Interns, personal assistants, they are human, but the lawyers, especially the partners tend to be demons.” Nathanial explained.
“So Dick is probably a demon…” father Richard sighed. “That makes sense. The man won’t come to church, he always is a little shifty, but he seemed like a decent enough man when I met him at an AA meeting.”
“Good for recruiting I hear.” Nathanial stated. He shrugged. “I met a Cambion, I was supposed to kill him but I couldn’t bring myself to do it. He hated his job. He has to make deals for souls. He goes around writing contracts giving the person what they want and hell gets their soul. They live for anywhere between five to thirty years after the date of the deal. Depending on what is negotiated. I guess being killed for anybody who isn’t human is bad. Purgatory is endless nothing. I think I would destroy my soul if I had to go through that.”
Both adults chuckled. “That would be hell for you, stick you in the largest library in existence and forbid you from reading any of the books.” Sister Bridget Marie stated.
Nathanial stuck out his tongue. “What can I say, I love my books. I am trying to figure out a way for Nephilims and Cambions to get out of their ‘destiny.’ I think it is a forced contract with loop holes, I just have to find the loop holes.”
Father Richard nodded. “If anybody can do it, you can.”
Posted by Katherine Rochholz at 5:15 AM