Camp NaNoWriMo WIP:
Praying
All Rights Reserved
For Lysandra, Lander, Leo, Lavina, Lucius and Lucian, it felt like their world stopped. Their parents had been killed in a car accident. To them time stood still. The world stopped and their lives were never going to be the same. Suddenly Lysandra was turning down her acceptance to Yale. She was making sure Lander completed college and Leo, Lavina, Lucius and Lucian all went to college. They never imaged that their world would be tilted on its axis as they end up in a messed up future/ alternate dimension. All they had wished was that their parents were still alive so they could continue their pre-made plans. But as the saying goes… Be Careful What You Wish For. 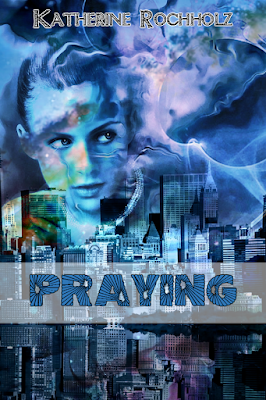 Posted by Katherine Rochholz at 12:04 PM