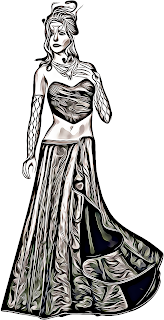 Erinyes- These are Furies they have snakes for hair and blood dripped from their eyes. In addition they had bats' wings, coal black bodies, and dogs' heads. They seek vengeance from all things in their lot in life. The difference from standard furies is that these were born the blood of Uranus, and there were three. One is called Alecto, she kills those guilty of the deadly sins, Tisiphone is the full embodiment of murder and Megaera is the embodiment of jealousy. Furies in general have a task of hearing complaints brought by mortals against the insolence of the young to the aged, of children to parents, of hosts to guests, and of householders or city councils to suppliants - and to punish such crimes, normally by causing their death in a variety of ways. When in the mortal realm like with other Furies, they appear to be beautiful woman, but they can never hide their snake hair. 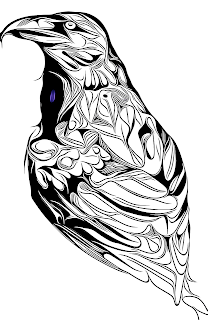 Alojas- These beings are typically female. They live in places with fresh water. These beings are able to turn into water blackbirds. They can live for thousands of years and retain their youth, mostly by taking any children that come past their caves and draining them of their youth. However, some of these beings have been known to fall in love with a human. The human must agree to all conditions to be with the Aloja, the biggest requirement is to never tell another soul they are Aloja. If the spouse tells a single soul the Aloja will disappear and take all the wealth and belongings of the spouse, as well as a curse to never be believed or loved. They will care for their children until their death.
Posted by Katherine Rochholz at 12:21 PM