In am conflicted between 2 titles of my Camp NaNoWriMo Novel.

Endask Til: To Bring An End?


Basic Plot:
I have walked alongside the River Styx and longed to cross, cross to find oblivion or peace, even pain, anything to end this immortal boredom. When my sisters became the Norse deities Future, Fate, and Present I was forced to become Sister Death. I call Gjöll the River Styx to piss of the other Norse deities. After all I am the Sister Death. Sister to the Fates, To Life. While Freya is worshiped, the Fates known as Skuld, Uror, and Veroandi, are revered and respected. People forget that they gave me a power all of my own. Even Hel forgets that she is not the Queen of the Dead. I am the judge of the dead, the true Queen, I choose where the souls of all of the nine realms go. From Asgard to Midgard. They just call me Sister Death. But I once had a name. Though even I am forgetful of it sometimes. Nowadays I just answer to Death. And even through all my manipulations I gain more and more power… power I never wanted, never desired, and for sure never asked for. I tried many things to destroy myself. And I shall at least destroy those who have cursed me to become Sister Death… 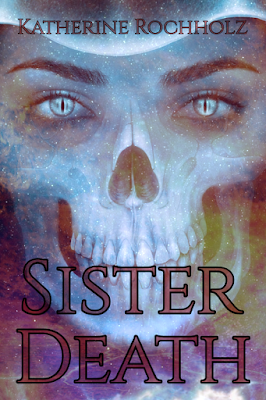 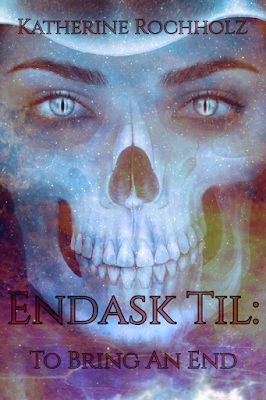 Posted by Katherine Rochholz at 12:02 PM