So, the full re-write of Praying (pending title change) is going on this month. I apologize for the lack of posts (if any of you actually read this). As for Halloween Part II I have most of them written fully, and those not written they are outlined. I will be typing them up in December, as well as typing up the rest of Insomnia Cafe!

Here is an excerpt from Praying (All Rights Reserved)

“School is boring. Do you think I can test out?” Lucius asked.
“Do you really want to? I mean doesn’t that girl of yours still go to school?”
“Yes Aurelia is only 16 and a junior. And she plans to go to some chef school right after graduating.”
“In America or overseas?” Lysandra hummed as she pulled out ingredients to cook chicken fajitas.
“Paris. She wants to be classically trained as well as street trained.” He rolled his eyes as he hopped up on the counter. “You could have become a chef if you wanted you know? You are good. And you know what those people on television are talking about in those cooking competitions. You even go out and try to find all those ingredients to try your own version. Do you really want politics or is it just so programed into you?”
“I really do want to go into politics. There are a lot of things need to be changed. Civil Rights have taken a back seat and society screams and cries but nobody is willing to do anything about it. The only way to change any of it is to do so from the inside. Don’t you think the rights and freedoms I fought for when I was in the military deserve to be fought for in our own government?”
“Sure. It is just you like to cook and bake and stuff too.”
Lysandra chuckled. “I also like musical instruments, languages, art, and writing. But those are hobbies. I have made the choice to dedicate my life to the public. Maybe after I retire from the political scene I will publish all those stories I wrote. Or maybe I will have a mid-life crisis and go and start up a rock band.” She laughed as she tossed a cut up piece of pepper at Lucius.
Lucius laughed. “I would pay to see that.  You in a rock band!” He laughed again as he tossed the pepper back at her.
“Hey! It could happen! I mean, I play a mean guitar, and my voice isn’t half bad.” She laughed.
“Uptight, conservative, Captain Lysandra T Tiburtinus gives up her life goal in stunning display of a midlife crisis, details at ten!” He said in an announcer voice. “Tiburtinus has punked out her hair, dumped a conservative boyfriend for a female lover, and has started up the next big female rock duo!” Lucius laughed. “I can see the trending hash tags and the news stations going gaga over it now!” He fell back laughing.
Lysandra laughed. “I am not that conservative.” She stopped and thought about things. “Shit, I really did toe the line mom had me walk. I am even registered as a Republican!” She dropped the spatula that she had been using as she made this revelation. “Holy Hell Hounds!” She blinked and looked at her brother. “Do you think I would have been disowned if I hadn’t toed that line?”
Lucius signed. “No, dad loved you. Adored you. You were his princess, so like him. He was the most liberal Republican I knew.  Perhaps it is time to revamp the party. Sure you are pro second amendment, but you are for decent gun control. And sure you are pro-life personally, but you also support people’s right to choose. Choose to educate them and use abortion as a last option for the woman’s mental health. You are very much what the face of the revamping of the Republican Party should be. Away from the bigot, white, rich, racist, hatful men and towards a new definition of conservative values, while being a decent human being.” He smirked then, “after all, you are the furthest from that description. You have been fighting for equal rights since grade school. And right under mom’s nose using the explanation it was good for your future political career.”
Lysandra rolled her eyes, “yes, because it wasn’t the truth.” The sarcasm would hit even the most oblivious person over the head.
Lucius laughed and popped a half cooked pepper in his mouth. “True, yes, but you always stood up for the little guy. You literally grew up to be Captain America!” He about fell over laughing.
“Lysandra faked disgust, “Blasphemy!” She put a hand on her chest. “IRON MAN FOR LIFE!” She yelled.
Lucius laughed. “Face it! You grew up to be Captain F’ing America! Quite literally, Captain!”
Lysandra thought about it and shook her head as she put the chicken and steaks in their perspective pans. “I don’t know. Cap was way moral. Tony totally is human. He understands masks and the need for them. He understands working the system, and not fighting it. For Cap everything is black and white. Tony saw grey.”
“Okay, so you are a human version of Cap, but you always looked out for the little guys. Always. If you didn’t you wouldn’t have half the medals you do.” 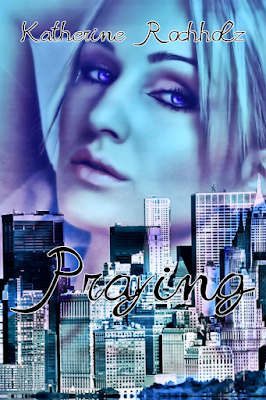 Posted by Katherine Rochholz at 10:49 AM