How Do You Want To Be Remembered: A Flash Fiction Story 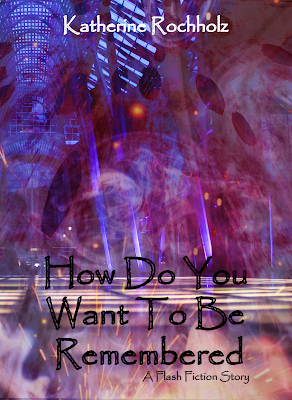 I never thought about my last moments. I never thought of how I wanted to be remembered. One would think with my former career, I would have, after all being an Army Nurse on the front lines is not safe. Safer than being a solider, but still dangerous; and upon my husband’s request I had left the Army and went back to school to become a Doctor. But as I have said, I never thought of how I would want to be remembered, even in those last moments.
I was just stopping at a store to pick up a gift for my husband, after all it had been two weeks since I saw him last, I was coming from the cabin where I was helping my shipwreck of a brother detox for the fifth time in the last three years. But I loved my brother and for him I would do anything. I was standing in front of the mall map when I heard the first shots, and the first tide of people started screaming and running as a mad person started to pummel the crowd with bullets.
I didn’t think, I ran toward the victims, I had been an Army Nurse that had been on the front lines in M.A.S.H. units. I had to help; it was ingrained into my very soul to run towards the victims, not away. Not only that, I was just finishing medical school and set to become a surgical intern in just months, I was in a better place than most to help from being a surgical nurse in the Army to having gone to medical school. And still to this day, my instincts told me to run towards the shots, even after being out of the Army for three years, hoping to offset the death caused by this senseless evil.
I fell to my knees next to the first who had been shot in the stomach. I cursed at the fact I was seeing a kid, he couldn’t have been more than barely a teen. I tore my jacket off and pressed it the wound. I saw another person who had started to help, I also thought it was my lucky day when I saw the sewing kit. “Hey!” I yelled. “Toss me that sewing kit!”
The men seemed shocked but nodded and slide it over to me, before he came over. “Can I help?’
“Take the kid’s puppy toy.” I stated as I took my pocket knife and rubbed it with alcohol, that had been dropped by someone one. Whiskey was good to kill germs. “I was a surgical nurse in the Army and about to graduate from medical school.” I explained to the man as I used the knife to remove the bullet.
Five minutes later, I heard the first of the EMTs arrive, but I was putting the knot in the final suture. When I felt the structure shake, I looked up and I said “Fuck.” As I fell onto the kid and my world went black, my last thought was ‘I hope they save the kid.’
I never thought about how I wanted to be remembered… but I am hopeful I am remembered…
Posted by Katherine Rochholz at 12:02 PM