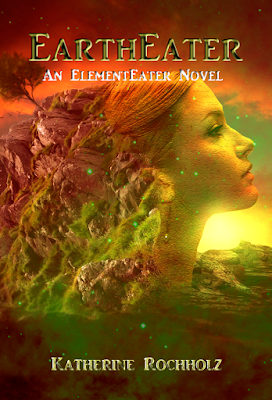 Irkalla has been known by many names. But she never gave up her spot as an Earth goddess. Not like others. Or like the young ElementEaters who never became gods. She took over a part of the Earth she called Land of The Dead. She was the ruler as she prepared the souls for reincarnation. Then a mortal, a living mortal, has entered her realm looking for his lost daughter's soul. She had given him three tasks and if he wins he may claim his daughter's soul. If he falls she shall gain his. But she never imagined that she would start to respect this mortal. Will she be able to keep her deal or will she do anything, including giving up her goddess throne, to gain his heart?
Posted by Katherine Rochholz at 8:54 AM