The Damned Saint comes from a short story I wrote when I was 12. I had just read Good Omens; realizing, that what I liked to write and read wasn't wrong. What was wrong was the hate within the Church that said to love everyone. I never turned this short story in like I wanted, and showed but two people in my life before recently.  There are reason I never turned it in, mostly dealing with my family.

Here is the short story that be in the novel, its title was: Damned

“Damn her,” thought a demon, with burnt reddish ochre hair and midnight blue eyes that had star dust in the pupil, as he stood looking at the ark. His skin a dark golden sepia color, which transferred quite nicely over to his true demonic form. He stood in what would one day be called a suit. He was a being of knowledge and that allowed him foresight. A lot of it. And he adored his suits already. The midnight green shirt barely added any color to the black as a starless space suit. The black tie held a silver pin, of his signal. He tilted his head, how anybody thought God was all good had to be smoking better stuff than he could get a hold of in Hell. He turned when felt an angelic grace he hadn’t felt since before the fall.

Since the first thing at God’s opening of Hell and this demon ended up feeling a burning through his grace. He had smelt acid. Sulphur. Him and the others had crashed into the Sulphur pits created for hell and the punishment and redemption of the beings that would be known as humans... Such an interesting word humans.

He crashed into a Sulphur pit at terminal velocity. And burned. Not since before that moment he had stood in front of this angel and told him he wasn’t fighting the war. Since the very moment his existence became literally Hell, both on Earth and below. “Raziel,” he drawled out, the name tasting bittersweet on his tongue. “Come to finally smite me?”

Raziel came to his side, letting his fingers brush against Vapula’s. One would think he was another demon, but this being was all angel. Even if he didn’t look it. He was thin, tall, and walked with a swagger. He wore skin tight torn black jeans, leather boots, a black tee, and a black leather jacket. He held a smirk on his lips, his hair was long and dark brown, almost black with shades of scarlet that could be seen in the sun, with a nice tight beard to match. His skin was a warm ochre brown, that balanced his hair and eyes quite well. His eyes at first glance was nothing to exciting, brown. But when one looked it was like honey coffee. The deepest of browns. Coffee that had honey and chocolate mixed into it, with a bit of cream to lighten the deep strong richness of the black. “Nah, Vapula, decided heaven is a bag full of crazy. I just haven’t done anything Fall worthy. I am supposed to oversee putting up the promise not to do this tragic event again.”

Vapula should have guessed the man would choose what would become a Scottish accent to talk in, as it went completely against his looks, but Vapula knew Raziel would change his accent many times, after all Raziel existed for mystery and change. He flicked his eyes towards Raziel but still looked out at the ark and Noah. “That used to be enough in the old days,” Vaupla responded, but didn’t move as he watched the children. “Is it rude of me to call our creator a monstrous bitch? And what are you putting up for this promise?”

“And you wonder why you fell.” Raziel sighed at his language, but quickly smirked, “my colors. She is calling it a Rainbow.”

“I don’t wonder about anything, I know exactly why I fell, Raziel. I was born in holy water but forged in the fires of hell.  A rainbow? Really? Is that the color you finally decided on?”

“You very well know I couldn’t choose one.” He clapped his hands to show a mini rainbow. “One day it will symbolize more than this promise not to drown anybody again. One day it will be a sign of solidarity. It will be a sign of love and pride. I may dress in black, but I adore the colors, they make up life. The virtues and the sins.” He sent the rainbow back into non-existence and turned to Vaupla. “And why did you fall?” Nobody ever answered him, Heaven kept no record, and even the being of secrets he was, he didn’t know why this being of knowledge, his best friend, his everything, had fallen.

“Ask another time, Darling,” Vapula drawled and turned away. “Now, I got work to do, and don’t you have some humans and Nephilm to drown?” With that Vapula sunk into the ground as the memories of their friendship and more assaulted him.  Especially when it wasn’t something, he couldn’t have any longer. All because he had stabbed Michael to save Samuel. 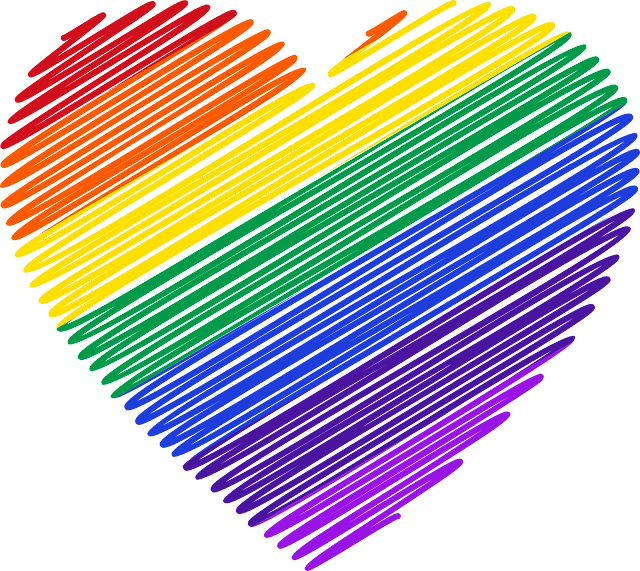 Posted by Katherine Rochholz at 2:45 PM