First off there are 2 types of wolves those made and those born in A Guardian's Life Those made are considered mongrels and below those born or married into The Three Great Packs.  Those made* never achieve full transformation *Note made as in they are not blood or married into one of the packs they were bitten by a wolf that had no control under the second night of the full moon.  There are very few female born wolves (1 in about 750,000) that being said if a female is born they will not transform until around the age of 20.  Male wolves have their first transformation between the ages 15 and 16. At first they have no control.  By the time they are 21 they usually are able to control their transformations, going in and out of wolf form.  Except during a full moon all must turn during the 2nd night of the full moon (The Alpha, The Beta, and their council (usually they are a lot older wolves), can prevent turning the 1st and 3rd nights).  There are 3 main forms 1 is human, they have heightened senses, great reflexes and strength.  Form 2 is a mix of wolf and man, normally if they feel a strong surge of anger, or in a fight with a Hunter or another wolf they will use this form.  Third form is the wolf, completely and fully a wolf, they are a bit bigger than a normal wolf and their eyes look human except for their yellow tint. (a 4th achieved by only a few Alphas of the past is possible but rare, it comes in the form of a giant wolf about 5 times larger than any wolf on record, in this form they can).  Once a wolf is 25 they stop aging.  Born Wolves are immortal, but can be killed.  Beheading or Silver to the heart.  Those bitten are not immortal.


All packs branch from these packs. 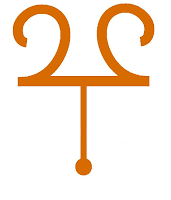 The Black Wolves were first created by Lucifer to be his lap dogs, his messengers, his loyal followers.  The are Evil, and the worse they are the more they are rewarded.  Each has the mark of the Black Wolves.   This is the largest pack in the world.  They live out their lives getting an assignment or two from Lucifer.  If they are killed they become a lower demon in hell. They can be saved if they turn their back on Lucifer.  They can become a Gray Wolf or a White Wolf. 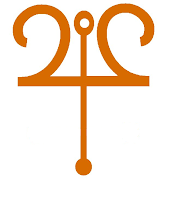 The White Wolves were created by God to combat the Black Wolves.  There purpose is to try to exterminate the Black Wolves from the world.  To prevent their influence upon mortals.  They are Pure.  They are Good.  They will become Guardian Angels upon their death.  They can be corrupted as the are also human.  They can become a Black Wolf, or a Gray Wolf giving up their Angel status to be judged upon death.  They all carry the mark of the White Wolves. 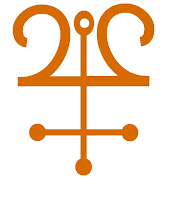 They first came from the Black Wolves and are the smallest pack.  They will be judged as any human upon their death.  They are the Gray Wolves.  After thousands of years of abuse from Lucifer a wolf named Hemming was sick of it.  But he did not fell he deserved the award of the White Wolves, but broke free from the pack and created a new pack and became the first Alpha of the Gray Wolves.  They are just like any human on Earth.  They live, They can be killed, and upon their death they will be judged.  They can go to Hell or to Heaven.  They all carry the mark of the Gray Wolves.

Posted by Katherine Rochholz at 4:33 AM