I am working on a short story that will only be posted on this website and my Tumblr account.  Look for it soon! 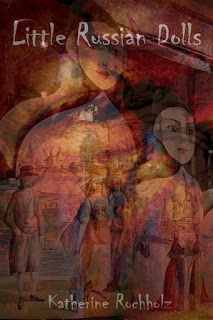 Posted by Katherine Rochholz at 1:46 PM No comments:

The Unknown Sister of Sherlock Holmes

Prologue
I found her journal. The woman who had been a major player in our life for so long now. I can hardly believe when she came in to our life. But this isn’t just her story, it isn’t just his either, it is not mine alone, it is the story of the three us and the choice we made. But she starts it all with just one passage

“I didn’t fit in with my family. In fact I was sure they didn’t care if I continued to exist. I remember the night I found out something that would forever change my life. It was quite amazing actually; after all it was my last night with this part of my family… It was the night I came home after ten years in the Marine Corps… It was the night I truly left the Ollie Alexandra Faythe that was I was expected to be and became the Ollie Alexandra Faythe I wanted to be…”

Ollie Alexandra Faythe was sitting with them at some buffet restaurant, it wasn’t very good, and she was being cut down again, even though she could kill each of them a million times over. She knew she didn’t fit in with these people. Ever since her father passed away thirteen years before she knew that they had nothing in common. Her dad was the glue that kept the family together. She signed the credit card receipt that paid for the horrible meal and said her goodbyes. She was reenlisting the next day. The Marines were her family. Her men needed her. She had her own team in the war.

“Well, it was great to see you all. I have to be off. I ship out again tomorrow.” She said and kissed her mom’s cheek; at least she cared enough to be concerned with the war that was raging.

“I don’t see why you have to go back, Xandra.” She stated. “You should marry and have a few babies. I could use some grandkids.”

“I can’t see why you can’t just run like all your brothers and half…” Then she stopped. She gave away something; that she never planned to give away.

“Half?” Xandra was curious; and she felt her blood as it started to boil. The one thing she could not stand was secrets and lies.

Her mother looked at me and knew she couldn’t lie her way out of it. Xandra was too good at reading micro expressions. After all she have interrogated some of the world’s best liars. “You have two half-brothers. They are from your father. He was wild when he was in the Marines. Loved some woman, when he was seventeen until he came home when he was twenty-four; he gave her two sons. One was born in 1972 the other in 1976; right before he came home.”

Xandra was pissed. That was her blood! Her family is all she ever cared about, they are the only ones that she could let into her soul. “What are their names?” Xandra asked through gritted teeth.

“Don’t know really. You father never spoke about them really. Your father kept a picture of them in his wallet with the names Mycroft and Sherlock on the back of it.”

“I am sure you know the name of this woman, mother.” Xandra stated, as she tried to hold on to her deadly temper. “At the least since you seem to know they have no sense of patriotic duty.”

“I don’t know…” Her mother tried to lie to her.

“Mother, I love you but you are trying my nerves. I have just got back from ten years in the Marines, you don’t think I know when someone is lying to me?”

“I…” Her mother started again, but she cut her off.

“Just give me their last name mother.”

“Holmes. Some bloody awful woman named Holmes. I know for a fact that your brothers were raised by a step-father and know nothing of your existence or your brothers for that matter.”

“Well, I guess I will just have to find them and tell them.”

“Why? Aren’t we family enough for you?” Xandra’s mother seemed hurt that she wanted to find her half-brothers.

“Mom, it is not about that, it is the fact that they are my blood. And you kept this information from me. You know how I feel about family.”

“Yes, but you have your family here.”

“They are the boys dad took me to visit when I was young, weren’t they?” Xandra asked as a memory flashed to her. She was five and my dad had been talking to a woman while she talked to a boy about seven and another about eleven.

“You should allow all my children to know each other Suzanna. I have young Xandra, and two other boys, Joshua and Stephen with my wife, and I want Mycroft and Sherlock to know them as their siblings.” Her dad had stated.

“You made your choice Damon.”

“The boys should have my last name Suzanna, just because you remarried doesn’t mean they are not mine. I will fight for them if I have too.” Damon stated.

“Good luck with getting the courts to allow you to take my sons out of the country.” Xandra drowned out the argument at that point. She was much more interested in the boys in front of her.

“Hi.” Xandra stated and waved at the two boys who stared at her like she was an alien.

“Hello.” The one her father called Sherlock replied back.

“Don’t encourage her Sherlock.” The one named Mycroft stated.

“She is our sister Mycroft.”

“She is our half-sister, Sherlock, do not forget that. Father left us for her mother.”

“You shouldn’t blame her. Look at her. She looks like us.”

Xandra got bored with the conversation and walked over to the table where there lay some books. She took one and plopped down with it.

“See Mycroft she even enjoys a good book!” Sherlock exclaimed.

“She doesn’t know that she is reading Sherlock she is four.”

“I am five and I am reading Edgar Allen Poe’s The Raven.” She said and put her nose back into the book.

“Ha, yep she is our sister. She just sassed back at you.” Sherlock laughed plopped down next to her with his own book.

“After today you know you will never see her again Sherlock. Don’t get attached.” Mycroft stated and walked away.

Mycroft wasn’t incorrect after that day Xandra never did see them again and the memory of them faded.

“They were the boys that I met when I was five. I am going to seek them out mom with or without your help. What do you know?”

“They both live in London still. One works in the government. The other I don’t know he is a lay about I suppose. Your father did try to keep in touch with them, but their mother made it impossible. Which caused your father much heartache.”

“I remember them vaguely.”

“You would Damon had to take you to see them. You were his little princess. And the boys stayed with me while you stayed three days in stuffy London.”

“The picture, mom.” Xandra said and put my hand out.

“Of me and the other two boys. That is the one dad carried. I know because I remember him taking it. I know you have dad’s wallet. Hand me my picture.”

Her mother looked at her for a moment; she cocked her head and thought about it. But finally she signed and opened her purse and took out the picture from her father’s wallet. “When they reject you don’t come crying to me.”

“I won’t.” Xandra put the picture in my Marine Corps jacket. “I love you all. I will be home again as soon as I can be.” She hugged my mother, fist bumped her two older brothers who were more concerned with the game than the fact she was about to head into war again. She turned and walked out the door.

Once she was in her car she took out the photo and looked at the two boys she barely remembered. “I will find you.” Xandra stated and put the photo back in her jacket and drove off.

Posted by Katherine Rochholz at 10:25 AM No comments:

The front and back of the paperback version of The Veil Lifts Finally Coming Soon! 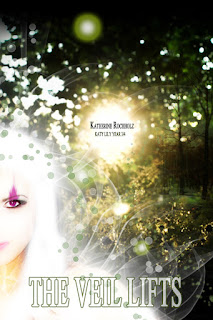 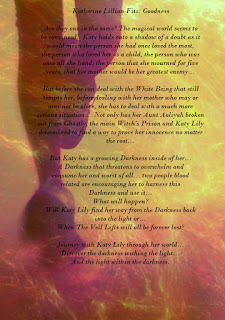 Posted by Katherine Rochholz at 7:58 AM No comments:

Covers and Mock Covers Of The Katy Lily Series

Truth and Lies Past and Present
Katy Lily Year 1 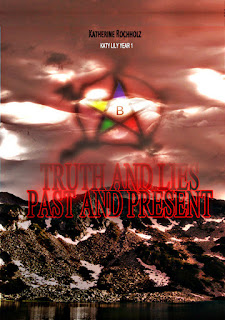 A Nightmare Within A Dream
Katy Lily Year 2 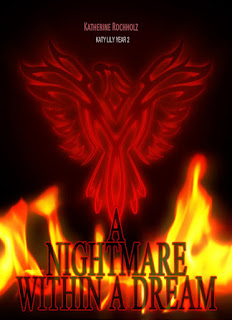 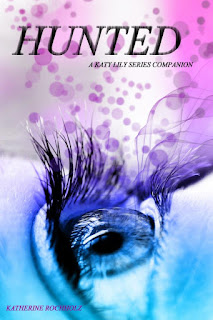 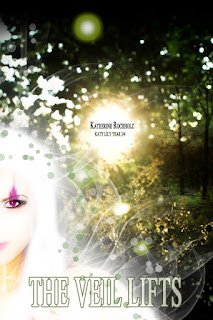 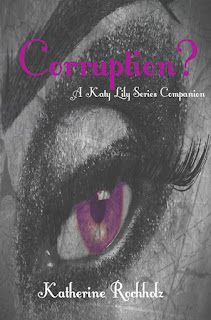 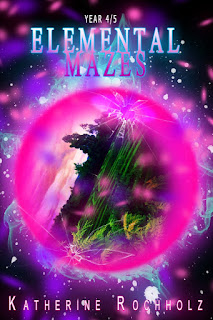 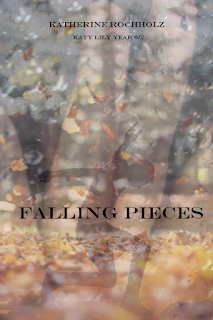 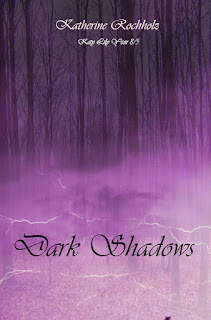 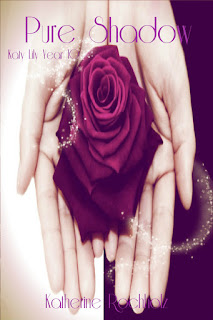 Posted by Katherine Rochholz at 7:57 AM No comments:

The Titles of A Guardian's Life

The Guardians: Their Book Title: And Cover or Mock Cover 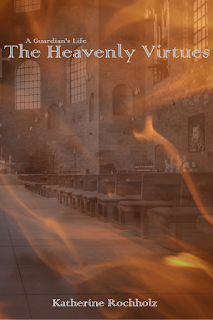 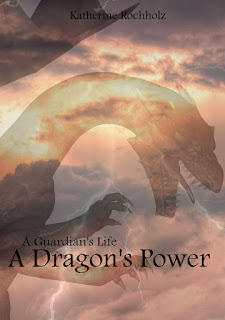 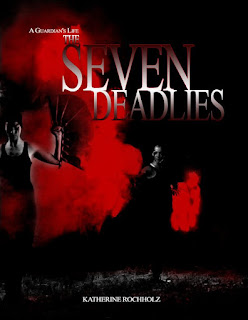 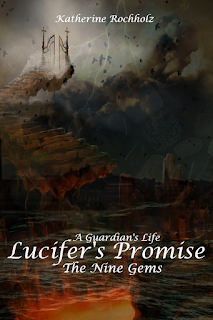 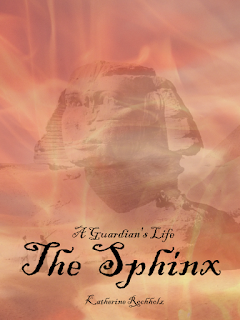 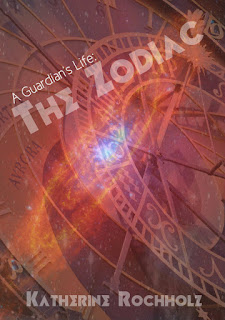 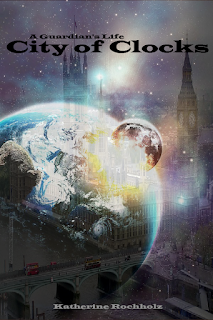 Charles : The Few and The Proud 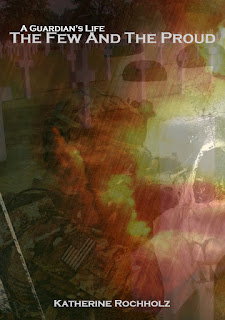 Posted by Katherine Rochholz at 5:42 PM No comments:

A lovely Excerpt for you!