Earth: Though often shown with a mountain symbol the true symbol of the Earth House is The Staff. It is said the Great Gnome rules with a staff of Elder with a Pentagram burned into the top. this Artifact is said to have been hidden from all as the Gnome waits for the next battle between Goodness and Darkness. Hopefully the final battle. The Staff is said to have only one piece broken off of it, that piece is said to reside within the wand of the reincarnation of Goodness. And the whole staff is part of a larger weapon to help Goodness in the second War for Earth’s Soul. 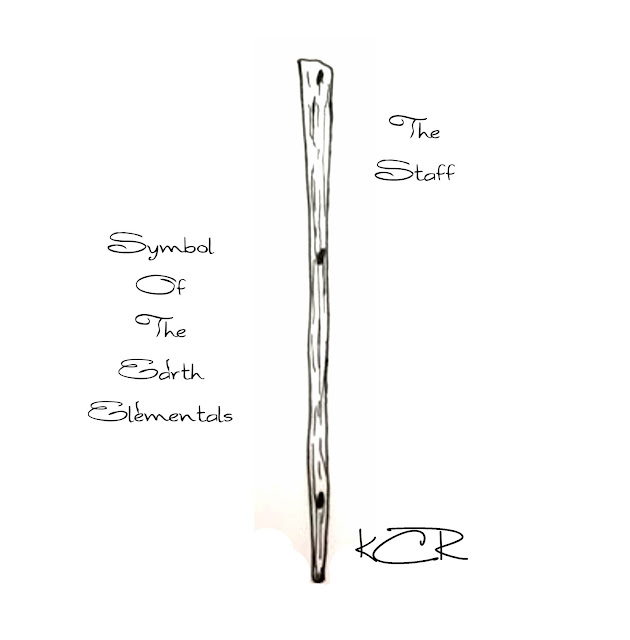 Posted by Katherine Rochholz at 11:15 AM