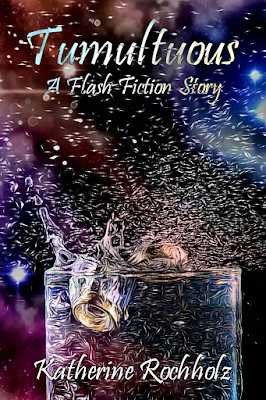 I glared at my husband. "Scrounge up some dignity and try not to look like you are a prisoner that escaped from a mental asylum."
My husband let out a sigh but straightened his bow tie. Why he had to go to this he didn't know and complained regularly about it. "Well, you can be more ladylike, instead of keeping this frenzy of a yelling match going!"
"Me? You are the one that is in the wrong!" I yelled once more. We have been having the same argument for the last two days, well really longer than that, it just came up again in the last two days. They were both on different sides of this argument since they were eight. I placed our invite into the slot in front of the house that I hated. I could hear the sprockets clicking against each other as the door opened. So bloody pretentious.
"Richard! And Lillian." The man greeted, and I hope nobody would oust the hate I had for the man; it would break my mother's heart. But he was family.
"Step-Father." I greeted, as a tray of champagne and stuffed mushrooms went by me. Ignoring the food I grabbed the champagne, not drinking it but handing it to my husband.

"Bruce! Tell my wife that apothecary is the word for the place and not the person!" My husband demanded.
Bruce sighed. This battle, argument, conflict, whatever it was, had been going on between them since they were eight. "I am not getting into this fight again." He turned to the woman that came up next to him. "Rose, tell your daughter to stop fighting with her husband over this."
"Dear, these two have either been at each other’s throats, or so sickeningly loving since they met at eight years old. They are soulmates, tumultuous, but soul mates. And dear, I don't like the mushrooms, they are wrong. Throw them out." Not caring they costs thousands of dollars.
Right then I realized I and my husband were the sane ones in the family. "I love you." I told my husband.
Richard smiled. "And I live for you. But why drop this now?"

"Pregnant woman's choice. But at least we are sane." I smiled.

"They are family, and we are far from sane."
"Please family members have but one goal," at his raised eyebrow I smiled. "Find the sanest person in the family and drag them into pure insanity."
"Again, we are far from sane." He laid a hand on my six month along stomach.
"The sanest person doesn't have to be sane." I kissed him. "Just saner than the rest."
Posted by Katherine Rochholz at 8:03 AM