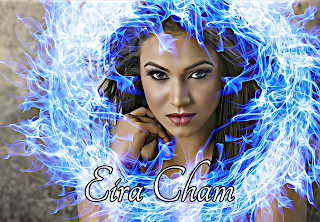 I couldn’t live without my magic. I couldn’t. There was a Black ritual. A ritual that had been banned. It was dark. Evil. But I couldn’t be ‘normal’. My mind spit the word like it was a curse word. I couldn’t be that. That would be a horrible existence. But a seer has predicted the end of magic. I can’t go without magic. I look down at my family book. There is a reason my family was feared. Before we hid in the White. Black magic. White magic. Grey Magic. Red, Pink, Byzantium, and Sun Magics. They are all the same. Power. And my family mastered them all. Except Black, Red, Byzantium Magics were banned as evil and grey was barely tolerated. My family being political did a public denouncing of the ‘dark’ and embraced the ‘light’. I snorted. Never trust a politician.
I don’t want to know what they would do if they realized that most of the Black magic was hidden Death Magic. Life magic was easy. Death Magic took sacrifice. Lots and lots of sacrifice. I called my ritual Black Magic. But in truth it was Death Magic. Death Magic even I fear, and I am a ruthless Ice Queen. One that the magical society knows not to go up against. I have risen from a girl from the bad side of town, to a senator on the magical congress. I should be planning my campaign for magical president. Instead, we know the death of magic. And I look that the life blood of these horrific criminals. They wouldn’t be missed. I could have used innocents, light magic users but they would be noticed. So, I just had to use seven times as many. Forty-nine bodies drained of their life blood. Magic keeping their hearts pumping, even as their chest cavities are cut open. I wasn’t after their heart, though rumors stated that one such ritual used the hearts of seven Light users, I was after their manifestation of their souls and magic.
I looked at the tub that held 441 pints of blood. Four was a magic number. It represented the four elements of life that made up the fifth. The magic of the 49 souls that gave me the 441 pints of blood would help manifest and represent the fifth element. I would have to combine three pints of my blood and offer up my magic, all to keep the very thing that makes me feel alive. So, I stripped and sat in the pool of blood. As I was submerged but for my head and wrists. I took a deep breath and called my magic to create a ball representing my magic. A ball of ice formed and in the center was a small blue burning flame. But the ice protected it. For as hot as a blue flame was, ice could burn just as badly. I took a deep breath and brought the athame to my wrists. I cut deep to allow the blood to flow. I submerged myself into the tub fully. I held my breath and brought the magic of the sacrifices into my ball of magic, the ball grew bright white as the flame in the center grew stronger, burning. The ice around it fighting to show it was stronger. I brought my hands out of the tub and then grabbed the ball of magic and as it burned my hands, I slammed it down into my chest. I arched and my back as the power washed over me. I offered up the magic, my soul, the blood to Death. I offered it as my wrists sealed as the three pints had poured out. The blood filled me, as did the magic. I felt myself and the pool of blood and magic around me levitate, the sacrifice of blood and magic swirled around me. The power built until it exploded, the blood, splattered across the walls and the magic slammed into me. The blood soaked into the walls and disappeared, the magic sealing mine within me. Protecting me from the end. I lay in the empty tub, stained with blood, I took gaping breathes, as I felt Death accept my offering. Oh, Magic, what had I done?
Posted by Katherine Rochholz at 10:09 AM