Random WIP Wed: The League of The Throw Aways

Random WIP Wed:
All Rights Reserved
The League of The Throw Aways 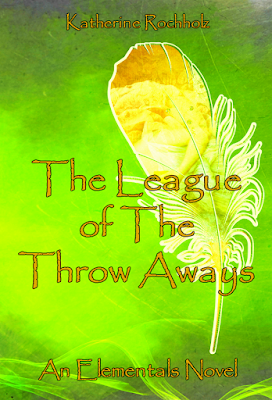 Alexandra was thrown away for being too powerful. Left to die after being betrayed by her own parents. She lived on the land for many years. She trained herself to never be caught off guard again. To never be left for dead again. She vowed never to use her powers as they are what caused the only people she had loved to kill her. She became an assassin to live. Then it became her life. She started The League of The Throw Aways. Elementals that had been thrown away from one reason or another left to die or self-implode if they couldn’t keep a control of their Elemental Power. This is the story how she became the founder of The League and not only how she saved not only four girls but how they saved her.
Posted by Katherine Rochholz at 12:22 PM